Humanists UK devotes much of its time to campaigning and lobbying on behalf of the non-religious as well as for freedom of religion, belief, speech, thought, and expression more generally. They work for an open society and a secular state with no religious privilege or discrimination based on religion or belief. The charity also campaigns for a rational approach to public ethical issues in order to contribute to a public life where decisions are made on evidence rather than on the basis of irrational beliefs or religious doctrines.

Rachel Taggart-Ryan is the Campaigns Officer at Humanists UK. Her work covers a wide range of issues in Public Affairs and Policy, from defending the Human Rights Act, to campaigning on our ethical issues such as abortion and organ donation. She also manages our asylum support service. 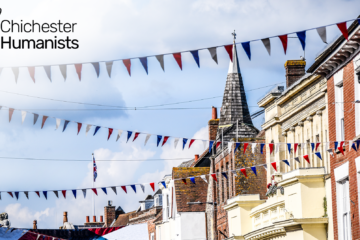 April 26th, 2022 19:00   —   20:30 Opinion polls show the majority of the general public accepts that paranormal phenomena do occur. Such widespread experience of and belief in the paranormal can only mean Read more…