Christopher Gill is Emeritus Professor of Ancient Thought at the University of Exeter, having also taught at Yale, Bristol, and Aberystwyth universities. He has written extensively on Stoic ethics and psychology and ancient philosophy in general; his latest book is Learning to Live Naturally: Stoic Ethics and its Modern Significance, forthcoming with Oxford University Press. In recent years he has been actively involved in Modern Stoicism, an organisation which aims to present Stoic ideas as life-guidance to a wide audience and he has given many talks in that connection.

In recent years, Stoic ideas have become widely used as the basis for ethical and psychological guidance. In this talk Christopher Gill outlines several key Stoic ethical ideas, about virtue and happiness, ethical development, social engagement, and emotions. These ideas are, he suggests, likely to be congenial to modern humanists; and the ideal of realising human nature at its best is an important one in Stoic ethics. More problematic for modern humanists is the Stoic idea that nature as a whole (sometimes identified with an immanent god or gods) also has substantial ethical value. However, Gill argues that this Stoic idea has potential relevance for modern thinkers as providing a basis for environmental ethics, and especially for grounding our response to the challenge of climate change. He asks whether the significance of the Stoic view of nature for environmental ethics renders it more acceptable to modern humanists than it would otherwise be. 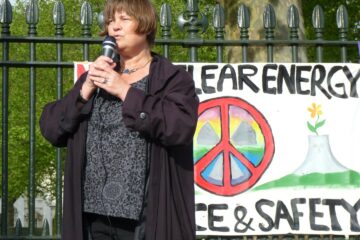 Rebecca Johnson is a British peace activist and expert on nuclear disarmament. She is the director and founder of Acronym Institute for Disarmament Diplomacy as well as a co-founding strategist and organiser of the International Read more…